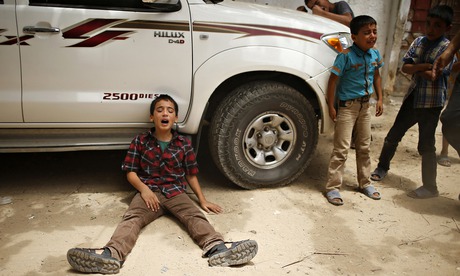 It is difficult, almost impossible, to envisage an early negotiated ceasefire to put an end to the unconscionable carnage in Gaza. US Secretary of State John Kerry has been working hard, but with his hands tied. President Barack Obama has spoken more than once to Israeli Prime Minister Benjamin Netanyahu on the need for a ceasefire, but always deferentially.

In his public statements, President Obama starts with an endorsement of Israel’s right to self-defence in a manner implying that Israel alone has that right, and not the Palestinians. The US gives enormous support to Israel, financially, militarily and diplomatically. One might have expected that such support would enable the US to have some influence on Israel. But, the truth is that the more the US gives, the more Israel’s clout to influence US policy, and the less the US’s influence over Israeli policy.

Students of international relations cannot find another instance of such an asymmetrical relationship between the recipient and the giver. Hence, the principal cause of the delay in arranging for a ceasefire to be followed by negotiations is the lack of leverage of the US vis-à-vis Israel. END_OF_DOCUMENT_TOKEN_TO_BE_REPLACED 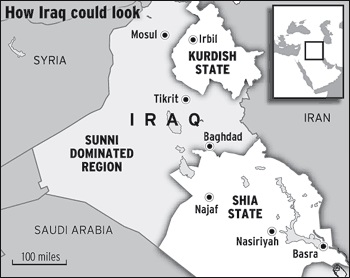 Can Iraq’s disintegration be prevented?

At present (July 2, 2014), it is difficult to see how the ongoing implosion of Iraq can be stalled and reversed. The world  started taking note of ISIL and its leader Abu Bakri al-Baghdadi, 43, who has been declared as ‘caliph’ of an  ‘Islamic State’  claiming sovereignty over a stretch of territory from Aleppo in north western Syria to Diyala in north eastern Iraq only when Mosul fell on June 20th. But, his forces had taken over Raqqa in Syria March 2013; and Falluja in Iraq in January 2014.

ISIL, a breakaway group from Al Queida in Iraq, is basically a part of the Sunni Resistance to the 2003 US invasion and occupation of Iraq. US had made unsuccessful, half-hearted, and not always judicious attempts to build an Iraq that could accommodate the three groups there, namely, Shias, Sunnis, and Kurds. But, Prime Minister Maliki, who got his office in 2006 thanks to support from US and Iran carried out a policy of alienating the Sunnis and the Kurds. His reckless partisan policies created the conditions for the emergence of a formation called Islamic State of Iraq (ISI) to grow and derive support from the Sunni population.