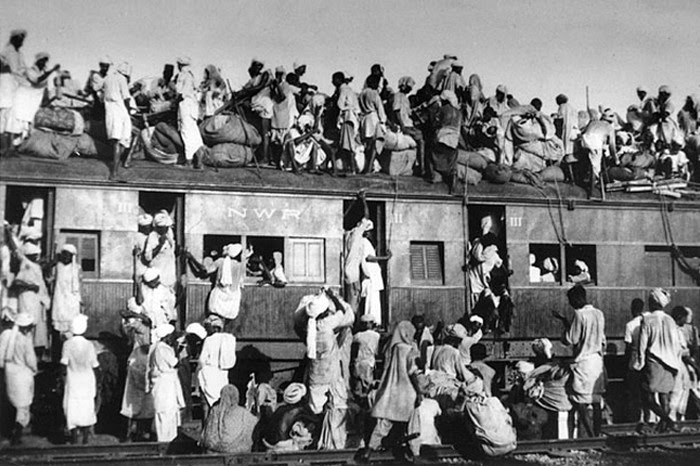 Two recent speeches on the partition of India in 1947, one by Defence Minister Rajnath Singh and the other by Vishwa Hindu Parishad (VHP)President Rabindra Narain Singh remind me of the opening words of Charles Dickens’ immortal work A Tale of Two Cities:

Let us attempt a political parsing of the two speeches.

Rajnath Singh asserted that the partition of India on religious lines was a “historic mistake”. “Pakistan”, he said, “wants to break India by terrorism and other anti-Indian activities.” Quoting Martin Luther King Jr., the Defence Minister said, “Injustice anywhere is a threat to justice everywhere.”

Dear reader, I for one agree entirely with Rajnath Singh. However, political parsing requires us to raise one or two questions. One, who all wanted partition apart from Jinnah? Two, who all fought against partition? We shall answer these questions after looking at the second speech.

The VHP president said that the “cancer” of partition is still there and we need “chemotherapy”. Incidentally, as Rabindra Nath Singh is a medical doctor we should take his prescription seriously.

The partition was meant, Rabindra Nath Singh pointed out, to remove the afflicted part from the body politic. Some Muslim “brothers” remained in India. Hence, the body politic is still not free from cancer.

“The 20 crore” Muslims cannot be asked to leave India. “All I am saying is Muslims should live with us, like several rivers merge into Ganga and then together flow as Ganga only. There is no such thing as Ganga-Jamuni tahzeeb.”

How does chemotherapy work? By attacking churches, Mother Teresa’s Sisters, by staking claim to mosques? Is that what the doctor is prescribing? If not, we shall be glad to hear from him what exactly he has in mind.

The reference to Ganga is intriguing. Does he mean, in plain English, that non-Hindus are second class citizens? If he means that, we should request him to read the Constitution once again.

“I am not afraid of the seven crores of Indian Musselmans but seven crores plus the armed hosts of Afghanistan and Central Asia, Arabia, Mesopotamia and Turkey will be irresistible.” In fact, Rai uncannily predicted the partition lines two decades before it occurred.

As the historian Tara Chand puts it,” The partition of India was not the product of the fertile imagination of the Muslim undergraduates of the Cambridge University, nor even poet Iqbal’s fancy, but the brainchild of a hypersensitive Hindu stalwart.”

We may add a correction. It is not the partition, but rather the idea of partition, that was the brainchild of the hypersensitive Hindu.

The actual partition occurred because of the given correlation of forces in post-World War 2 India. To put it succinctly, in any triangle any two sides together are longer than the third side. Since the British establishment and the Jinnah-led Muslim League worked together, both publicly and secretly, more secretly than publicly, there was nothing the Congress could have done to stop it.

There is one more point about the partition that is often lost sight of. Jinnah resented Gandhi’s rise in the firmament of Indian politics. When Gandhi declared Nehru as his “political heir”, Jinnah concluded that he would never become the Prime Minister of India. He sulked and went to England. While there, he concluded that by re-entering politics, he could divide India and be the supreme leader of a part of India. Churchill collaborated with Jinnah secretly.

Yet another point is that the British military had identified the Soviet Union as the emerging adversary and concluded that Pakistan would give the West a foothold on its territory to keep an eye on the Soviet Union. As we know the spy plane U-2 flown by Francis Gary Powers working for the C.I.A. took off from Peshawar in May 1960 before it was shot down by the Soviets.

The RSS and the Sangh Parivar did not count politically when India was divided. In any case, Savarkar had pledged his allegiance in writing to the Raj, and he and his acolytes were fighting the Congress and not fighting for independence.

They wanted a carbon copy of Pakistan, they did not get it in 1947 and the 1950 Constitution spelt out an India, secular, modern, with scientific temperament, and deeply committed to promote social harmony, social justice, and holistic development of all cutting across the divide of religion, language, caste, and other barriers.

We should note that in 2021 they are confident of re-writing the Constitution in deeds if not in words and reaching their goals.

With the above background, we understand better the disappointment of the VHP about some “Muslim brothers” remaining in India in 1947. His words about the difficulty of sending away “20 crores” of Muslims validates our statement that the ruling party in India of 2021 had wanted way back in 1947/1950, India to be a carbon copy of Pakistan.

The VHP president’s simile of the Ganga needs parsing. He wants the non-Hindus to submit themselves to be second class citizens, to put it in plain English. He wants Islam, Christianity, Sikhism, Buddhism, and Jainism to be the tributaries of ‘Hinduism’.

A correction is called for, not of Hinduism, but of Hindutva, a deformed version of the former. In fact, Hindutva has to be surgically removed from Hinduism. Dear doctor, heal thyself first!

Prime Minister Modi spoke in Kashi of Shivaji and Aurangzeb. “Whenever an Aurangzeb comes along, a Shivaji rises.” Modi said that Aurangzeb was an invader from outside India. Little did he know that he and Aurangzeb were born in the same village in Gujarat!

To go back to Dickens. We shall know whether India is going to be a carbon copy of Pakistan when the state election results come out in 2022. It is for the voters to choose.

This article was initially published in The Citizen Credits:- https://www.thecitizen.in/index.php/en/newsdetail/index/4/21230/a-tale-of-two-speeches