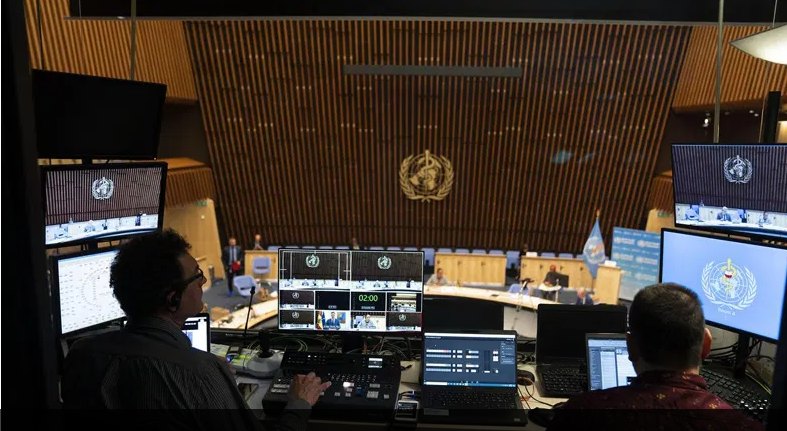 It is now clear that the President of the United States, Donald Trump, has sustained a major diplomatic defeat at the hands of the Chinese President, Xi Jinping. What happened at the 73rd session of the World Health Assembly, the 194-member decision making body of the World Health Organisation (W.H.O.), held virtually on 18 – 19 May 2020, has to be seen from two angles.

First, in the context of President Trump’s unsuccessful attempt at finding a scapegoat as he rightly stands charged rightly for his monumental failure to deal with the contagion and his fear, not entirely unfounded, that he might not get re-elected in November this year. Second, from a more historically relevant perspective of a rising China and a declining U.S.

What is striking is that Trump had good cards, even a few trumps. However, despite having had a weaker hand, Xi Jinping, finessed to perfection in diplomatic bridge, trumped Donald Trump.

The U.S. accuses China of not being transparent – or prompt – in transmitting information on the developing situation. Furthermore, the U.S. also accuses the W.H.O. of being China’s “puppet.” Had China and the W.H.O. acted right, the U.S. argues, the contagion could have been contained before it became a pandemic.

That the U.S. case is strong will be seen from the annotated timeline below:

Cases of pneumonia of unknown aetiology detected in Wuhan, a city of 11 million.

Dr. Li Wenliang who raised the alarm on social media was rebuked and, later, silenced by the Mayor.

China formally informs the W.H.O. of cases of pneumonia of unknown aetiology. China added that “there was no evidence of human-to-human transmission.” Instead of digging deeper into the question of such transmission, the W.H.O. remains unconcerned and uncurious, a dereliction of its responsibilities.

The first case of infection outside China recorded in Thailand.

The W.H.O. tweets that there was “no clear evidence” of human-to-human transmission. This was the height of irresponsibility as there was a case in Thailand. What did the W.H.O mean by “clear”? The current entry on the W.H.O. website for 14 January 2020 is disingenuous:

The WHO’s technical lead for the response noted in a press briefing there may have been limited human-to-human transmission of the coronavirus (in the 41 confirmed cases), mainly through family members, and that there was a risk of a possible wider outbreak. The lead also said that human-to-human transmission would not be surprising given our experience with SARS, MERS and other respiratory pathogens.

The Mayor of Wuhan hosts a banquet for 40,000 families and the virus goes viral. His reason for silencing the young doctor is clear.

Beijing wakes up and sends Dr. Zhong Nanshan, 83, virologist, to Wuhan. He goes on national television saying there is clear danger of an epidemic, confirming human-to-human transmission.
Didn’t the W.H.O. Representative in China report this to the Director General in Geneva?

Lockdown begins in Wuhan. The W.H.O. Emergency Committee meets for two days and decides to meet again after 10 days to consider whether a global public emergency should be declared. This is deplorable abdication of responsibility.

The W.H.O. Director General visits Beijing. Was he seeking permission before declaring an emergency?

To go back to the diplomatic showdown, all that U.S. had to do was to put out a clear timeline. Instead, Secretary Pompeo stated that he had “enormous evidence” proving China’s culpability. The more he repeated it, without sharing the evidence, the less credible he sounded.

Donald Trump also repeated charges against China, threatened to stop paying the contribution to W.H.O., and wanted an investigation into its handling of the matter. His threat to cut funding enormously weakened his case. We did not hear much from the professional diplomats as the Secretary and the President spoke all the time.

Watching the diplomatic bungling by Washington, Xi Jinping planned his moves. On day one of the Assembly, he addressed the gathering and offered $ 2 billion to support the developing countries, including the ones in Africa, to deal with the contagion. Trump on his part wrote a harsh letter to the Director-General of the W.H.O., giving an ultimatum: Put your house in order or the U.S. might walk out. It was a rambling letter, with hardly any professional input. If he had a case, Trump should have addressed the Assembly.

Trump’s attack on the W.H.O. had an unintended, but easily anticipatable consequence. We do not know for sure, but it is possible that the European Union resorted to Machiavellian tactics. It came out with a draft resolution that called for a “plan for an evaluation, to be conducted in consultation with Member States at the earliest appropriate moment, on lessons learnt from the international health response to COVID-19, addressing the long-term consequences on health, in order to assess, in line with the statement made by G20 leaders, gaps in pandemic preparedness with a view to establishing a global initiative on pandemic preparedness and response capitalizing on existing structures and programmes to align priorities in global preparedness.”

Australia came out in strong support of Trump’s stand and consulted with the EU and stiffened the language by adding the words, “an impartial, independent and comprehensive evaluation including using existing mechanisms, as appropriate, to review experience gained and lessons learned from the WHO-coordinated international health response to COVID-19.”

China initially opposed the draft resolution, but it joined the growing number of supporters and extracted drafting changes. The word “impartial” is missing from the text as proposed by the Chair and was unanimously adopted. There will be no inquisition into the role of the Director-General as the Assembly “requested” him to conduct the evaluation.

Coming to Taiwan’s request for restoring its observer status, 15 microstates wrote to the W.H.O. proposing discussion on Taiwan’s request. Even before the General Committee was to consider it, realising the lack of support, Taiwan withdrew its request. Everyone noted that though Pompeo had publicly supported Taiwan, Washington did not extend formal support, one more indication of Beijing’s growing diplomatic clout.

In short, Xi Jinping’s victory was complete, and he can address the party congress with enhanced self-confidence, unlike Trump who finds that his rival, Joe Biden, has more support right now.

Coming to the larger question, the United States had seen an adversary in U.S.S.R. even before World War II ended in Europe. Such a perception was partly responsible for the ill-begotten Cold War. When it ended, it was said in U.S. that Japan had won the Cold War, implying that Japan was the new economic adversary. For many years, even before Trump came into office, there had developed a consensus among the U.S. think tanks that China was the new adversary. Incidentally, China could not have risen so fast but for the Nixon visit in 1972.

Coming to China, the Middle Kingdom is convinced of its superiority over the rest of the world. Under Xi Jinping, China has not been reticent about its plans to co-equal U.S. and later to overtake it. Hence, the basic ingredients of confrontation between the two remain. The probability of them dividing the world into two zones is slim, though it cannot be ruled out.

There is a big difference between the Cold War days and now. The Soviet Union had, and its successor Russia, has a MAD (Mutually Assured Destruction) relationship with the U.S. Trump is trying to change that and gain superiority, but his chances of success are slim.

Moreover, there is a difference in the new world order. while the Soviet Union was never an economic rival or threat to the U.S., China is.

In conclusion, both U.S. and China know that economically they are Siamese twins. We might see varying degrees of cooperation and confrontation in the future. China is unlikely to have a MAD relationship with U.S. in the near future. But madness on either side could end up destroying the world as we know it.

The above article written by Ambassador K.P. Fabian was initially published on Madras Courier Credits:- https://madrascourier.com/opinion/how-china-outsmarted-the-u-s-at-the-world-health-assembly/

Former diplomat recalls how the govt. bore expenses during the Gulf war

The Indian flights to operate from this week to evacuate nationals from all over the world will be commercial in nature. Informed sources on Tuesday clarified that the largest-ever evacuation of expat Indians from abroad will be carried out by "non scheduled commercial, flights" that will allow only those passengers who can buy tickets. The commercial condition has drawn criticism from a veteran diplomat who played a crucial role in evacuation of Indians during the 1990 Gulf crisis, The sources indicated that they are aware of the hard ships that expats are facing because of global economic downturn and the impact of the COVID-19 pandemic saying the States and Central Ministries will receive data base for future employment of the returning expats who have lost jobs in the Gulf. 1990 operation The planned evacuation of Indians from the Gulf is set To commence from May 7 but unlike the operation of 1990 Gulf War the Indian na nationals will have to pay for boarding the aircraft that will fly them home. Accord ing to available information,passengers boarding the Kuwait Ahmedabad flight will have to pay around 20,000 and passengers for the Abu Dhabi-Kochi and Dubai-Ko chi flights will have to pay around 15,000. Former Indian Ambassa dor K.P. Fabian who was the Joint Secretary Of the Gulf Di Vision in the External Affairs Ministry during the 1990 Gulf War, said this was going to place the expats in a ditf cult position as many of them were facing financial hardships In 1990, we had taken a decision that the Governorment of India will bear the expenditure for the entire operation. We did not have a contractual arrangement with Air India but it was a smooth tie-up as the Minis tries of Civil Aviation, Fi nance and External Affairs coordinated. After the oper ation, MEA paid Air India for the airlift," said Mr. Fabian who travelled to Baghdad where he and External Af first Minister, the late Inder Kumar Gujral, met Iraqi rul er Saddam Hussein. Mr. Fabian also visited Jor dan subsequently to work on the logistics of the plan which led to the airlift of around 1,76,000 people by civilian airliners. The opera tion remains a record. 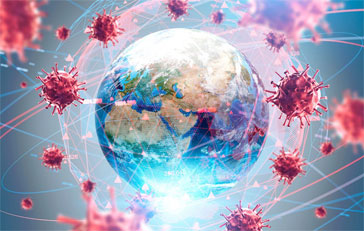